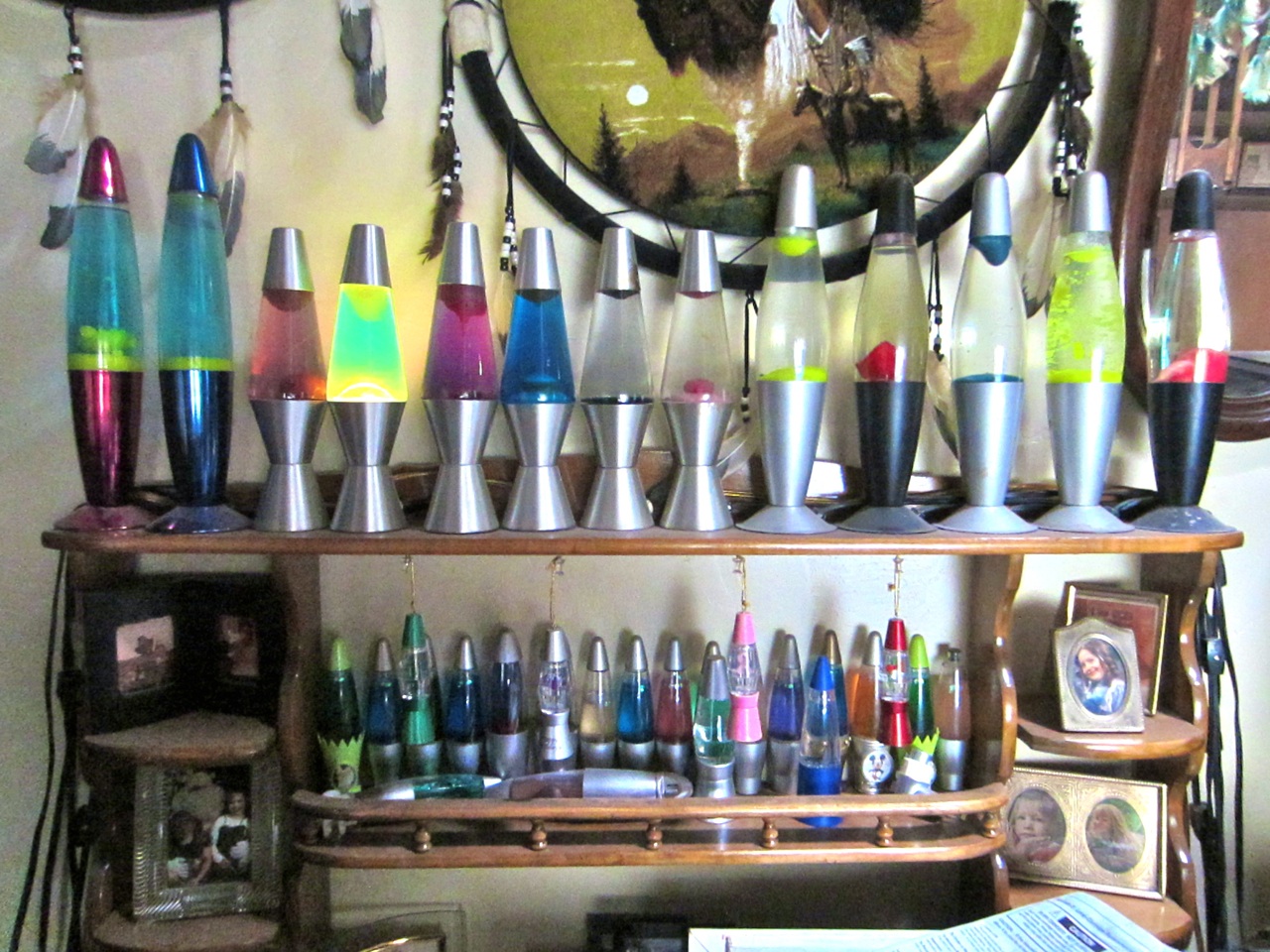 Some of Randy's well-organized collection. Photos by KLH | Eye

Reams of DVDs are neatly stacked, along with carved boxes of various shapes and sizes. Over his desk hangs an array of feathery dreamcatchers. Throughout the house, amid the gumball machines and family photos, rise clusters of colorful glass tubes full of immiscible molten magic. These are the cylindrical collectibles that form Randy’s central obsession – lava lamps.

He has so many now that he can only estimate their number as “260 or 270.” In fact, he may hold the world record for a private lava lamp collection.

Guinness World Records doesn’t yet have a title-holder in that category... actually, it hasn’t yet established the category of Most Lava Lamps. But when it does, Randy hopes to take the title.

“Nobody’s done it,” Randy said. But he’s familiar with the certification process, and may apply at some point.

He did a Web search and found a woman listed as having 112 lava lamps. When he called her, she had 147.

With a comfortable lead, Randy is content to patrol weekend rummage sales and snatch up any of the wax-filled fixtures he comes across. That’s how it started, a few years back, with his very first find.

With that, Randy’s eventual fate as Arcata’s reigning lava lamp kingpin was sealed. 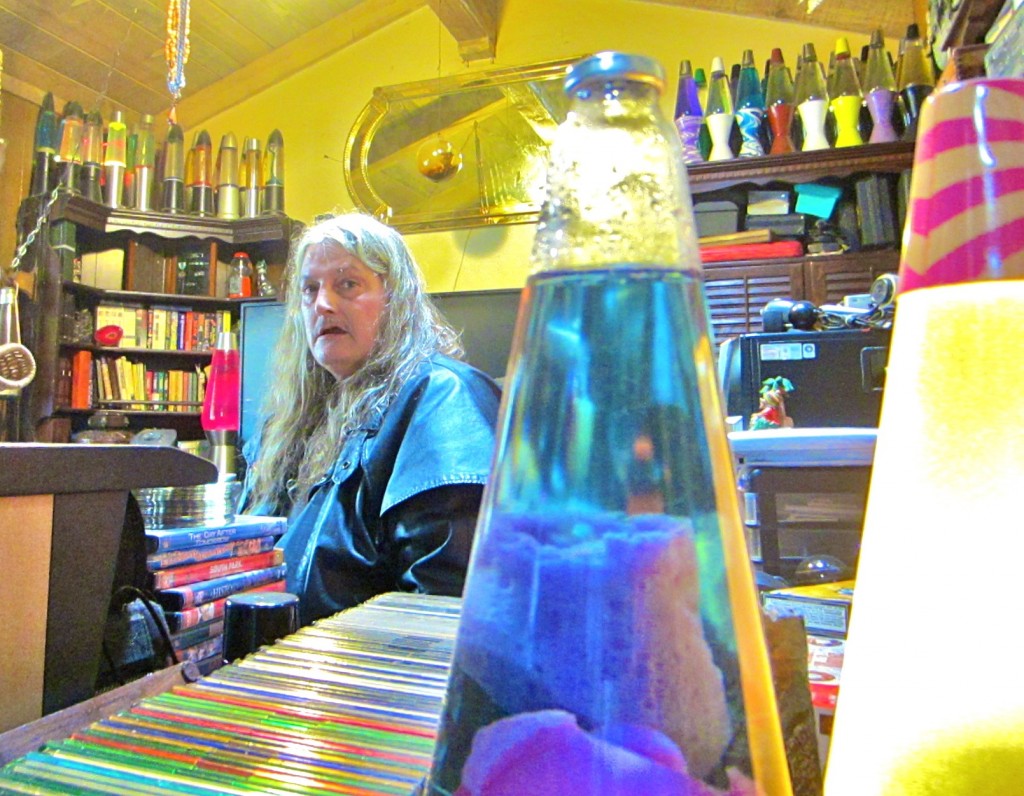 A decorated Coast Guard veteran, Randy uses, but is not confined to, a wheelchair. He takes medication to treat multiple afflictions, including oseoporosis and osteoarthritis. “It’s hard for me to remember them all because of the stuff they have me on,” he said.

On one thing he’s clear, though – his quest to give homes to Arcata’s unloved lava lamps. Even if none are on display among the old shoes and potholders at a yard sale, Randy will ask the proprietor if they have any they’d like to get rid of. Often as not, they say,  “Oh, wait a minute, there is one...” and produce yet another totally tubular specimen for his collection.

His lava love has become known to the extent that lately, the lamps have been finding him. “I came home Saturday, and there were two on my doorstep,” Randy said. “People know I collect them.”

He’s not particular as to their condition. New, well-loved, distressed... as long as it’s a lava lamp, or part of one, he’ll take it. Sometimes newfound bits and pieces can be adapted to incomplete units, making them whole again.

While his collection includes plenty of standard-issue lava lamps, some exotic iterations have come his way as well. One is a dual-tube job, its twin cylinders connected by a plastic arch.

Then there are the rocket ships, a UFO, a ketchup bottle and even a gas pump. Some are tiny, keychain-sized and Christmas ornament lava lamps. One is done up as a lantern.

A jumbo, hydrant-sized lava lamp in the corner is especially prized, since that type requires a special type of lamp base no longer legal to sell in California because of its silver coatings.

The music world is well represented in his collection, with lamps themed to celebrate Kiss, Jimi Hendrix and Bob Marley... and even Spongebob Squarepants.

But it’s not the superficial aspects of the lamps that captivate Randy and sustain him on his quest – it’s the endlessly undulating blobs of wax within.

“Each time you stare at one, you say, ‘Wow, this is doing new stuff all the time... they’re in constant motion.”

If you have a lava-licious piece that you think might be happy in Randy’s ever-expanding lava lamp collection/orphanage/hospital, contact him through the Arcata Eye.