Denver Nelson peacefully passed away on Feb. 28, 2021, after suffering a stroke.

Denver was born in Spencer, Iowa in October 1941 to Harold and Loramae Nelson. He left Spencer at 17 and attended the University of Iowa.

He finished his undergraduate degree, medical school, and a 6 year residency in neurosurgery at Stanford University. Before he began his residency, he left Stanford for 2 years and served in the US Air Force as a flight surgeon in Vietnam, where he was awarded the Bronze Star. 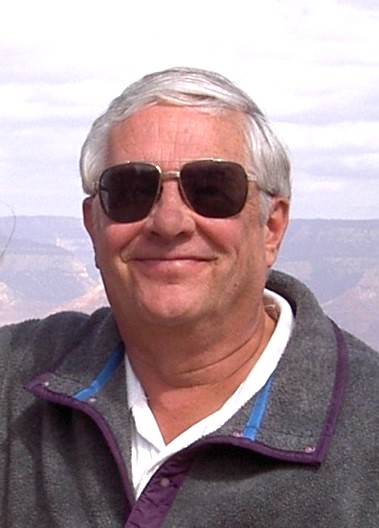 He met and married Judy, who was a nurse in Stanford’s ICU. After his residency, he took his first job as a neurosurgeon in Anchorage, Alaska. One year later, in 1977, he moved to Eureka, where he worked as a neurosurgeon until his retirement in 2002.

He was a man with many hobbies and interests. He loved cars and motorcycles, worked on engines, flew drones, small planes and helicopters, and raced jet boats on rivers in California, Oregon, and Idaho.

He was a woodworker, a pilot (he owned a Bonanza at one time), enjoyed air shows, and climbed Mount Rainier in 1969. He owned logging trucks and timber properties.

He loved exploring National Parks, the backroads of America, and especially his yearly trips to Iowa to check on his corn and soybeans.

He was a volunteer at the Redwood National and State Parks for 18 years and a Humboldt County election poll worker for 4 years.

He always had an inappropriate joke to share. He was a man of few words, but the words he spoke were meaningful and had purpose. He was a fiercely loyal friend and will be missed by many.

Very special thanks to the nurses and staff at St. Joseph Hospital, Dr. Tom Rydz, and Dr. Lei Han.

There will be no services.

“It is not the critic who counts; not the man who points out how the strong man stumbles, or where the doer of deeds could have done them better. The credit belongs to the man who is actually in the arena, whose face is marred by dust and sweat and blood; who strives valiantly; who errs, who comes short again and again, because there is no effort without error and shortcoming; but who does actually strive to do the deeds; who knows great enthusiasms, the great devotions; who spends himself in a worthy cause; who at the best knows in the end the triumph of high achievement, and who at the worst, if he fails, at least fails while daring greatly, so that his place shall never be with those cold and timid souls who neither know victory nor defeat.”