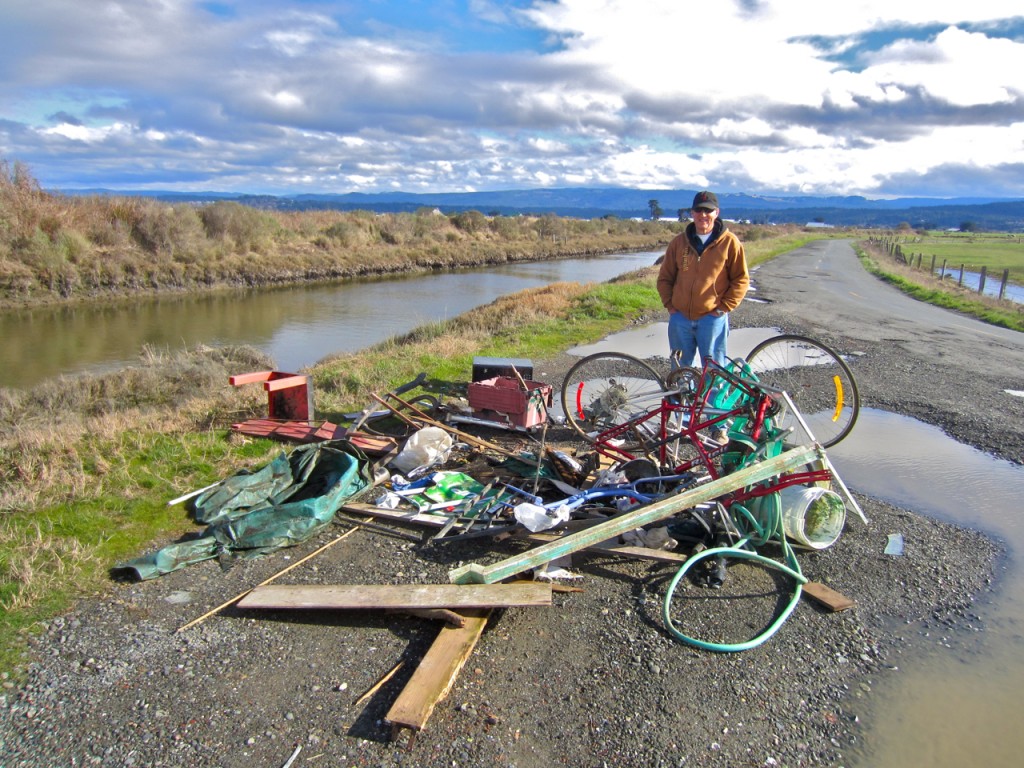 LISCOM SLOUGH/JACKSON RANCH ROAD – As dawn’s rosy fingers crept over the Arcata Bottom along Liscom Slough last Friday, Feb 10, they revealed to Ted Halstead the hideous pile of debris above, which included all manner of wretched refuse.

1. That we have absolutely no idea who did the dumping.

2. That the envelope below was found in the garbage.

3. That the return addressee, Arthur Criner was arrested November 9 in Eureka. Here’s the EPD press release:

Think globally, act to strew your unwanted body sluffage all over the ground in a natural area locally. Photo courtesy Ted Halstead

Later that day, when Ted returned to collect the mess for disposal, a car was parked nearby, with a blonde woman chopping her hair off and throwing it on the ground under the “No Dumping” sign.

“She had a ‘Think Globally, Act Locally’ bumper sticker on her car, along with what appeared to be boxes of junk in her car,” Ted said. “She asked me if I lived nearby and why I was picking the trash up. I told her, because I cared and that I thought it was a nice area.”

The previous week's harvest of horror included a trail of discarded children's toys, books and other household items.

Meanwhile, the railing along the little bridge over Liscom Slough on Jackson Ranch Road has been marked with a tag by the Norteño gang.