The map shows the location of Phase 1 of the Annie and Mary Trail in Blue Lake. Arcata is developing plans for its end of the defunct rail line. Humboldt County photo

BLUE LAKE – Construction will begin this summer on the first phase of a trail that may eventually connect Arcata to Blue Lake.

Phase 1 of the Annie & Mary Trail, which follows portions of the old Arcata & Mad River Railroad Co. line, will extend about a half mile through downtown Blue Lake along Railroad Avenue from H Street to Chartin Way. The trail will be eight-feet wide, paved and will include a four-foot gravel path on the side for horses.

Hank Seemann, deputy director of Humboldt County Public Works, gave a presentation about the trail to the North Coast Railroad Authority Board of Directors at its Jan. 9 meeting in Eureka.

The Arcata & Mad River Railroad Co. was incorporated in 1881, with the first train operating in 1882. That company was acquired in 1992 by the NCRA, with the last train operating in 1995. Seemann said that the rails and ties were removed for salvage in 1997, the same year that residents formed the Friends of the Annie & Mary Trail. And so began the long process of feasbility studies, environmental assessments and grant applications.

In 2016, the City of Blue Lake obtained a grant for Phase 1. City Manager Amanda Mager said the grant was for more than $900,000. Contruction is expected to begin this summer, with the project completed by the end of the year.

Phase 2 of the Annie & Mary Trail would extend from Blue Lake to Glendale, a distance of 1.7 miles. The 10-foot-wide paved path would mostly be located in a Calfornia Department of Transportation right-of-way along State Route 299. Last year, Caltrans applied for funding for this phase, but was turned down.

There is no timeline for the other phases. Arcata, meanwhile, is planning for trail improvements on its portion of the now-defunct railline.

ARCATA – The City of Arcata has received a grant from the Caltrans Sustainable Communities Program to begin plans for a new multi-use trail in Arcata.

This new project will be known as the Annie and Mary Trail Connectivity Project, which will create a new trail that will connect Sunset Avenue/Larson Park to Valley West and the Aldergrove Industrial Park via West End Road.

The grant received includes funding to support public outreach and planning activities to help improve safety on the Sunset Avenue and Giuntoli Lane overpasses and to identify trail alignments and connections to the new trail from neighborhoods, park areas and businesses.

The Annie and Mary Trail Connectivity Project Team includes knowledgeable engineers and planners from the City of Arcata, the Redwood Community Action Agency, TrailPeople and SHN who are committed to ensuring robust public participation throughout the planning process.

The project team will work to assess current opportunities and challenges for pedestrians between downtown Arcata, the Valley West neighborhood and Humboldt State University in addition to developing concept design alternatives for a trail and/or on-street facilities for safe pedestrian connectivity between these important community destinations.

The first public workshop regarding this project will be held on Monday, Feb. 4 from 6 to 8 p.m. at the D Street Neighborhood Center, located at 1301 D St. in Arcata.

Community members who are unable to make the workshop are encouraged to take a project survey to offer ideas and input which can be found at surveymonkey.com/r/ArcataAnnieMaryTrail. 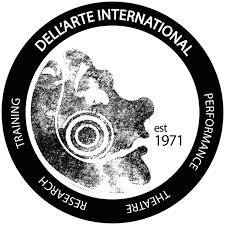